For decades, people across the US have used Roundup as a way of preventing weeds from growing, not realizing that the chemicals used to kill weeds could potentially cause serious health effects in people. Thousands of Roundup lawsuits have now been filed alleging people developed cancer as a result of Roundup exposure, and further alleging the maker of failed to warn about the link between Roundup and cancer.

What is Roundup (glyphosate)?

Roundup weed killer is used as a herbicide and contains the ingredient glyphosate. It is made by Monsanto, which was recently bought by Bayer, AG. It works by inhibiting proteins that plants need to grow.

Roundup is the second most widely bought herbicide in the US and is available in more than 160 countries. The primary users are those who work in agriculture—according to reports almost all US-grown cotton, soy and corn receive glyphosate treatment—through individual consumers also purchase Roundup to prevent poison ivy, dandelions, and other unwanted plants from growing. Though Roundup prevents plants from growing, seeds have been produced that allow certain plants to adapt to the chemical, so agriculture crops now tolerate glyphosate while the weeds around them do not.  Source: https://news.nationalgeographic.com/2015/04/150422-glyphosate-roundup-herbicide-weeds/

Because glyphosate acts on an enzyme that exists only in plants and not in mammals, Monsanto marketed the product as being safe for humans to use.

What is the active ingredient in Roundup?

Roundup weed killer is made by Monsanto, which was recently bought out by Bayer, AG.

What are the claims about Roundup?

The Monsanto lymphoma lawsuits allege the company knew or should have known about the risks associated with the use of Roundup but failed to warn consumers or those in the agriculture industry about the risks.

Have I been exposed to Roundup side effects such as Roundup cancer?

If you have purchased and used Roundup, or if you work on a farm or another setting that use Roundup or live near farms or settings that use the herbicide then you are at the highest risk of exposure to side effects.

Does Roundup cause cancer?

In 2015, the International Agency for Research on Cancer (IARC) announced that there is evidence that glyphosate causes non-Hodgkin’s lymphoma in humans. The IARC evaluated glyphosate and categorized it in Group 2A, meaning it is probably carcinogenic to humans.

What kind of cancer does Roundup cause?

Does Roundup cause non-Hodgkin’s Lymphoma?

Monsanto Roundup lawsuits allege the weed killer caused plaintiffs or their loved ones to develop non-Hodgkin’s lymphoma. Additionally, the International Agency for Research on Cancer (IARC) has classified glyphosate as probably carcinogenic to humans.

How does Roundup cause cancer?

The exact mechanism by which Roundup causes cancer is not known, but the International Agency for Research on Cancer has labeled glyphosate as being probably carcinogenic to humans. In groups that have been exposed to Roundup, scientific research has shown an increased risk of cancer, with non-Hodgkin’s lymphoma the most likely type of cancer to occur.

No, Roundup is not safe for use as two juries have already found after hearing arguments from Monsanto and plaintiffs about Roundup’s side effects.

Have Roundup lawsuits been filed?

Have there been Roundup settlements?

There have not been any Roundup cancer settlements. Some Roundup lawsuits have gone to courts and juries have awarded plaintiffs millions of dollars in awards, finding that Monsanto marketed a product that was defectively designed and caused cancer.

In March 2019, a jury of six awarded Edwin Hardeman $80 million in damages after the jury found Monsanto was negligent in selling the weed killer. Hardeman alleged his non-Hodgkin’s lymphoma was linked to his use of Roundup, which he used for years.

In August 2018, the jury in the Dewayne Johnson Monsanto lawsuit awarded Johnson $289 million, though that award was later reduced to $78 million. It was the first Roundup lawsuit to go to trial.

Who can file a Roundup cancer lawsuit?

Patients who developed non-Hodgkin lymphoma and were exposed to Roundup in the following ways:

Is there a fee for talking to a Roundup cancer attorney?

No. At Patterson Dahlberg, we do not charge clients fees until they are compensated for their injuries. Our first consultation is always free and we will conduct a thorough review of your circumstances and ensure you understand your options.

Attorneys at Patterson Dahlberg have a reputation for helping consumers who have been harmed by corporate negligence and defective products. We are here to help you and your loved ones through this difficult time and we are committed to holding corporations accountable for their actions.

We have the skills and expertise to manage complex claims and develop the strongest case possible, maximizing your recovery. We have decades of experience fighting against large companies and we will not back down. If you or a loved one has been harmed by Roundup, contact an attorney today to discuss your options. 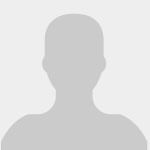 Thanks for an amazing ride. I loved working with you guys and I've never seen a group of attorney's work as feverishly as the three of you did on the behalf of their clients! At Patterson Dahlberg the clients always feel they come first!!!!